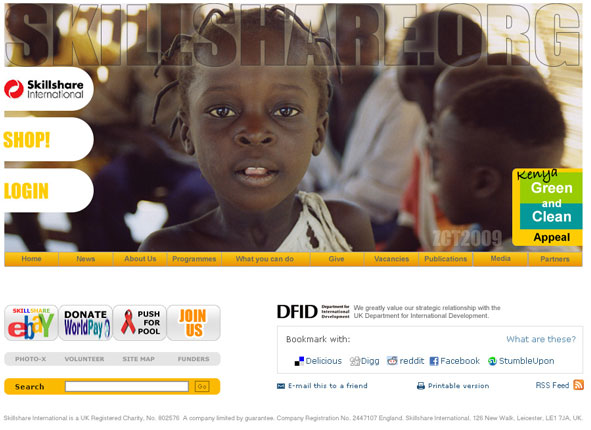 We built two consecutive websites for Skillshare International both featuring a server based application form. The charity recruited medical staff for Africa (mainly) and the website had to store partially filled-in forms that could be filled in later. This requirement was to overcome the very hit and miss internet connections some applicants had to contend with. Sadly, as of 2016 the charity has now ceased trading.